The body of work in this exhibition was produced from 2016 to 2018 and is based on a larger iconographic work that the artist began in 2005. The work evokes illuminated manuscripts, created on leather parchment and rice paper, imagining them as lost pages from an ancient codex or mythological treatise. The images present a personal iconography of invented and appropriated symbols, uniquely arranged, combined, transformed, and depicted in cosmo-mythological and archetypal diagrams, as well as in scenes from a mythological pantheon. The imagery also suggests hieroglyphic or linguistic arrangements, a visual syntax using the Codex’s symbols and archetypes.
News story on AZ Daily Sun  >>
Flagstaff Arts Council Exhibition page >> 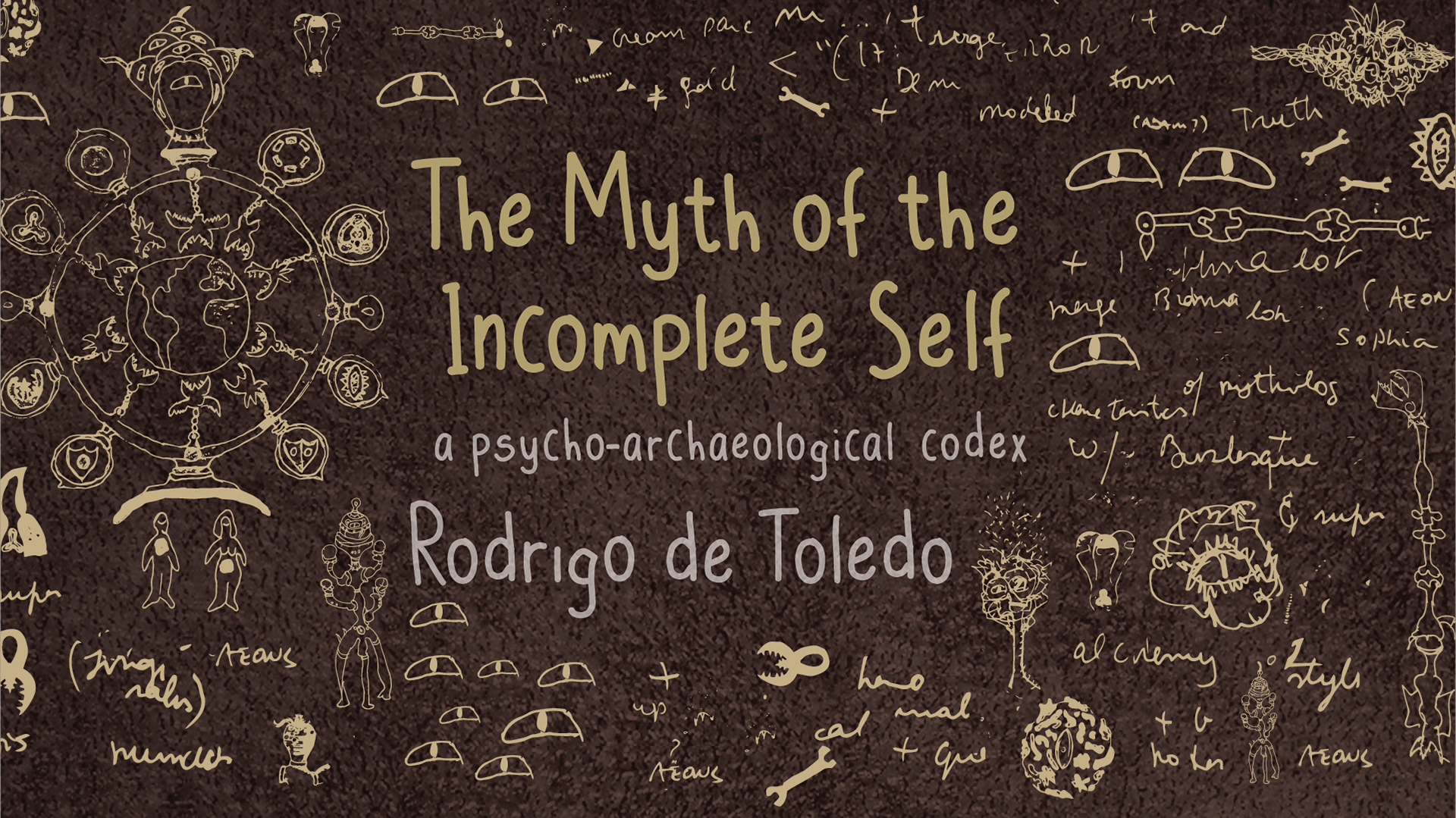 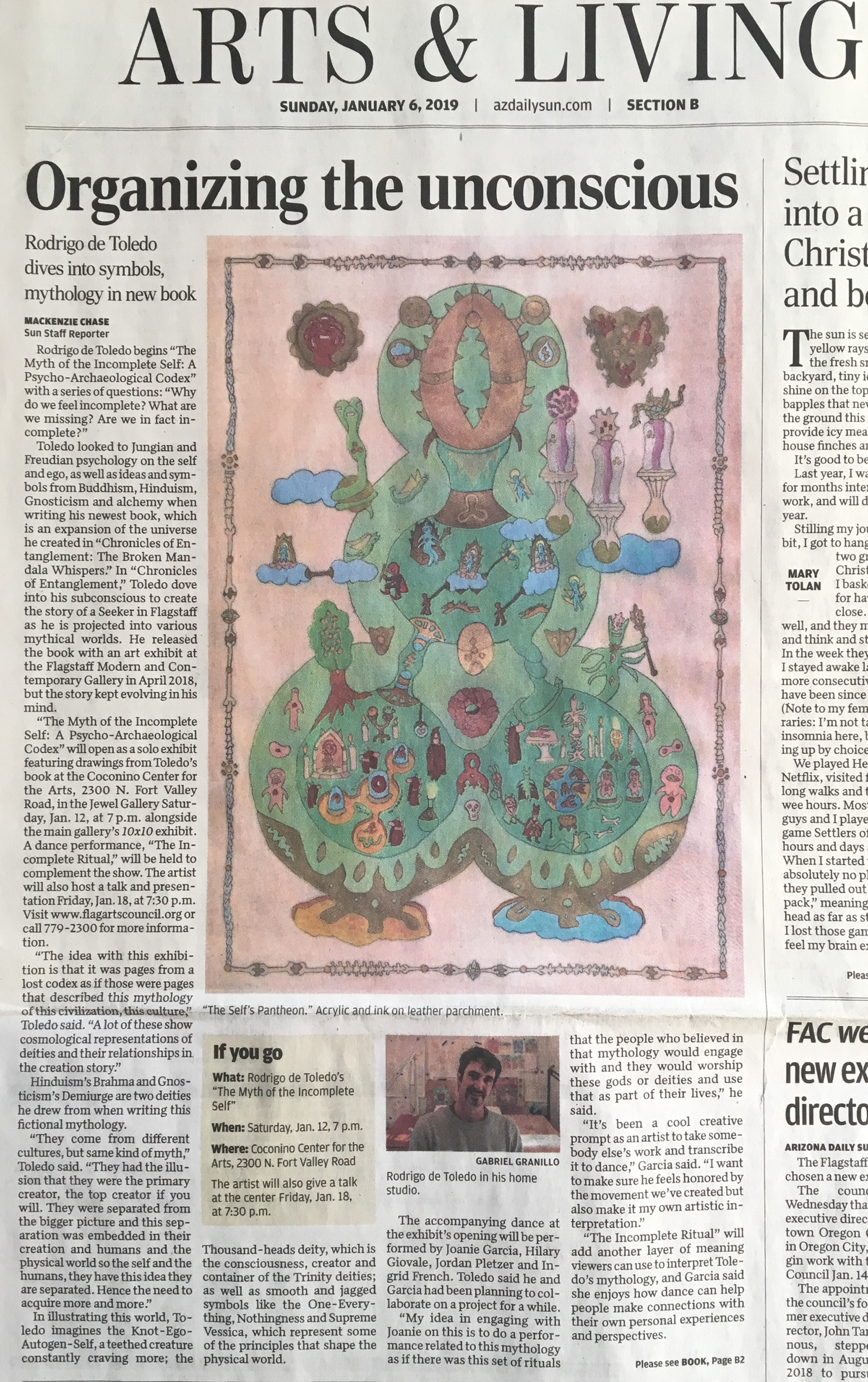 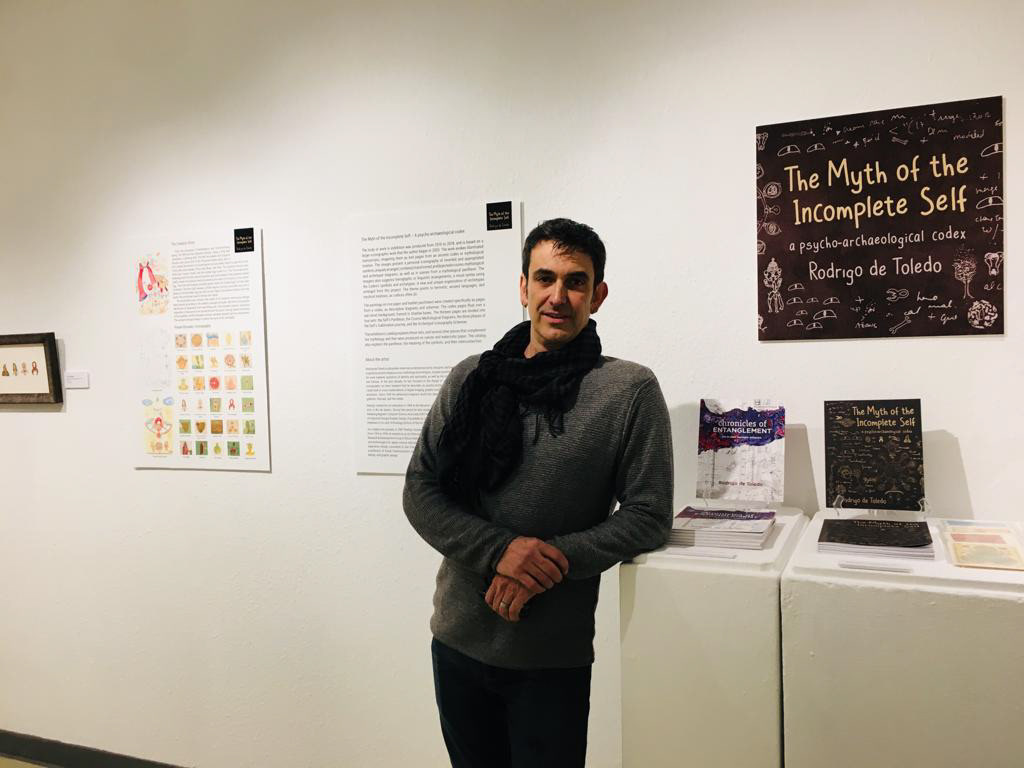 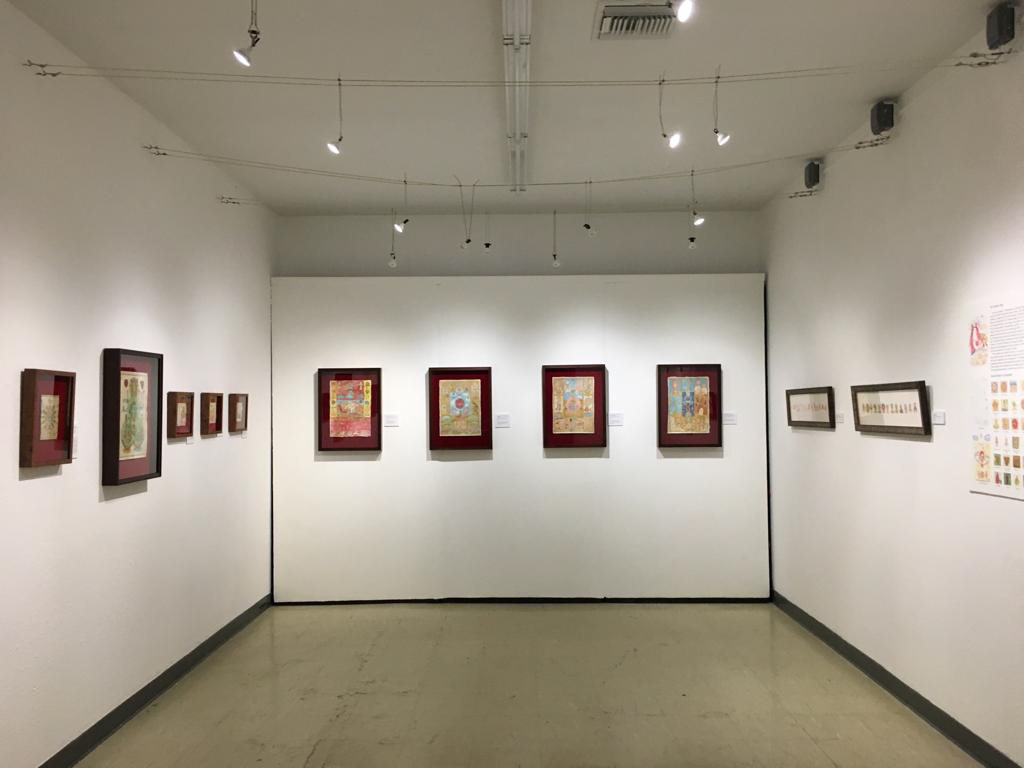 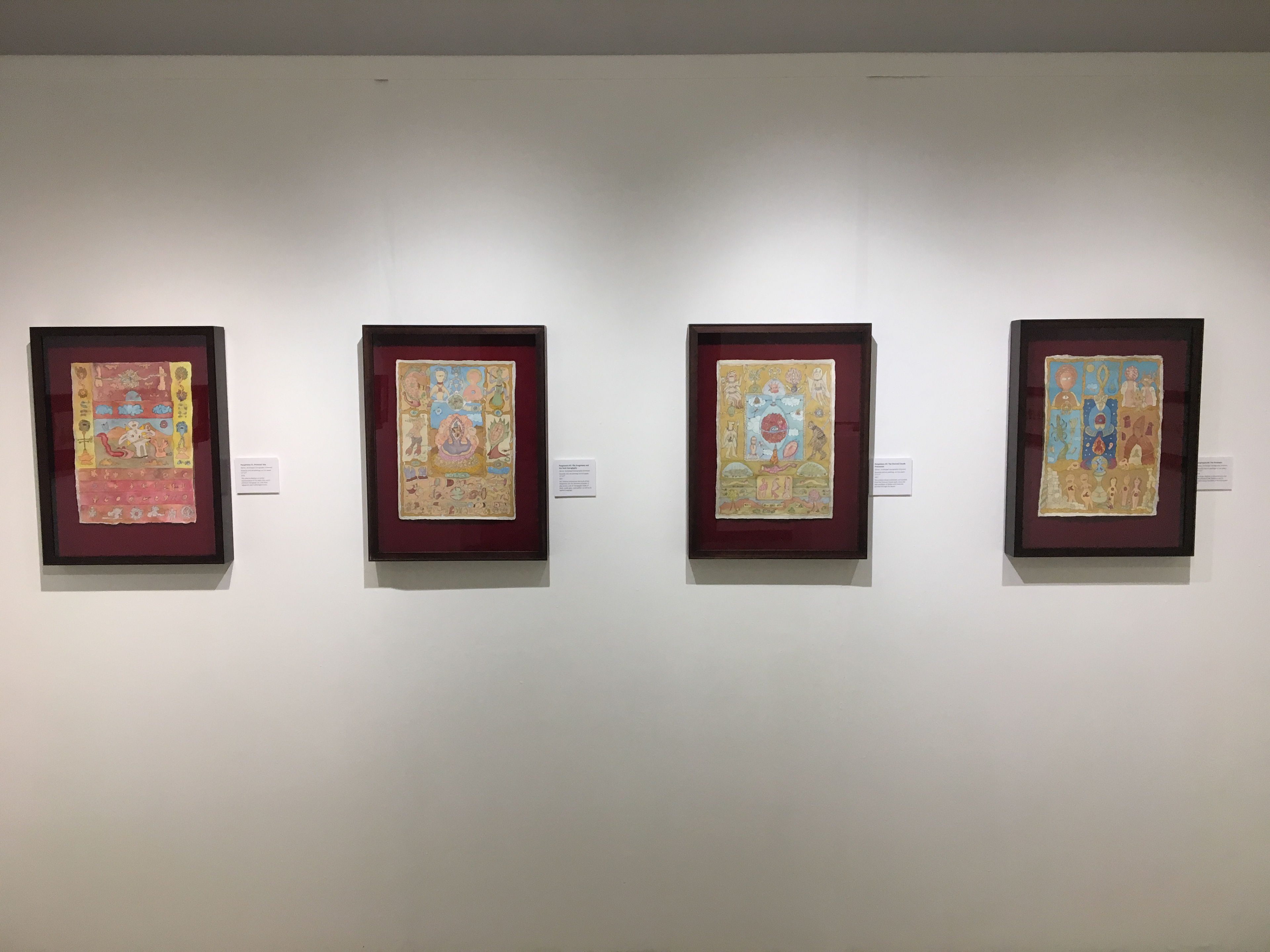 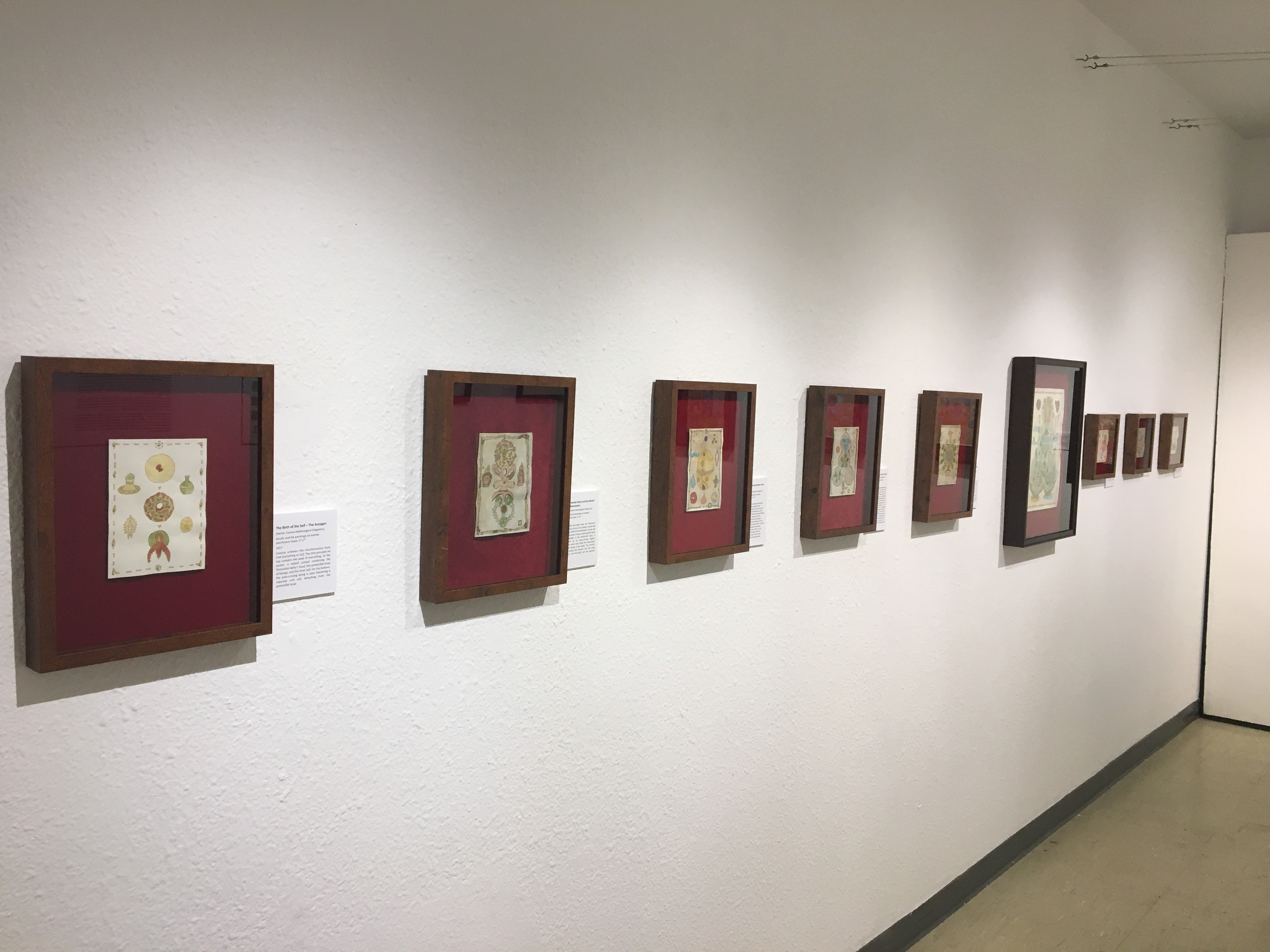 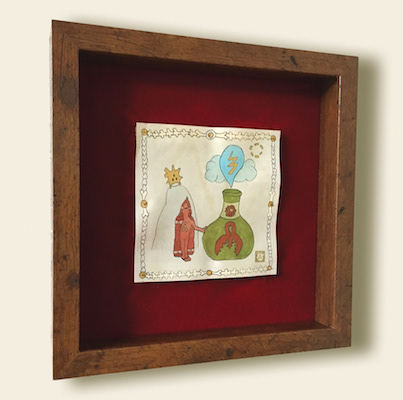 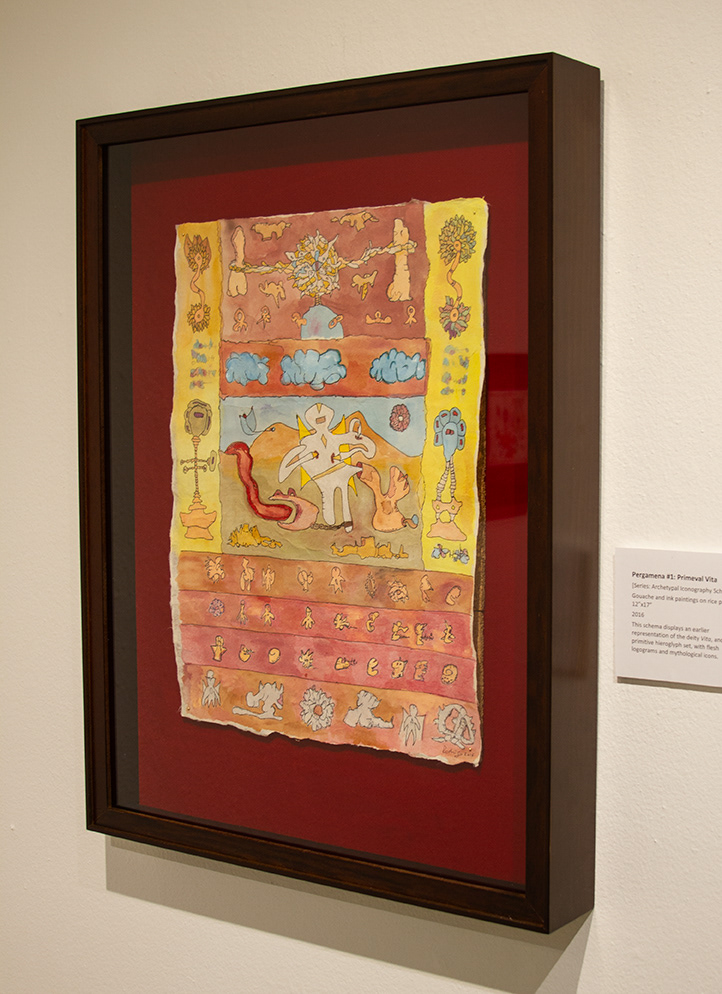 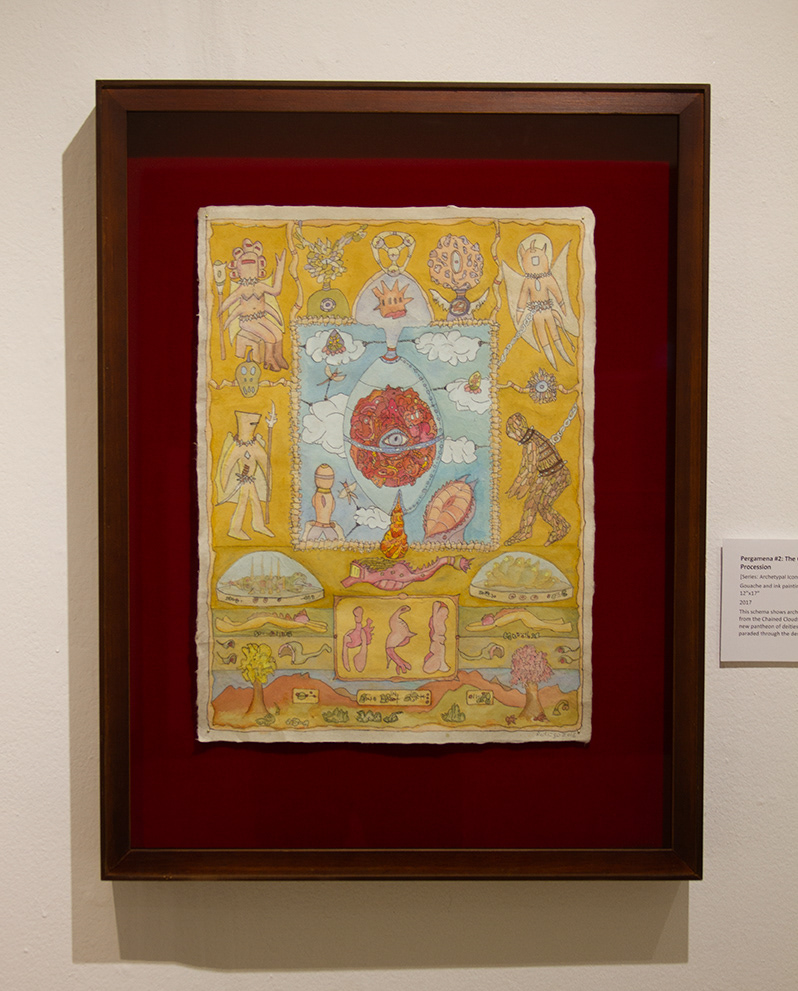 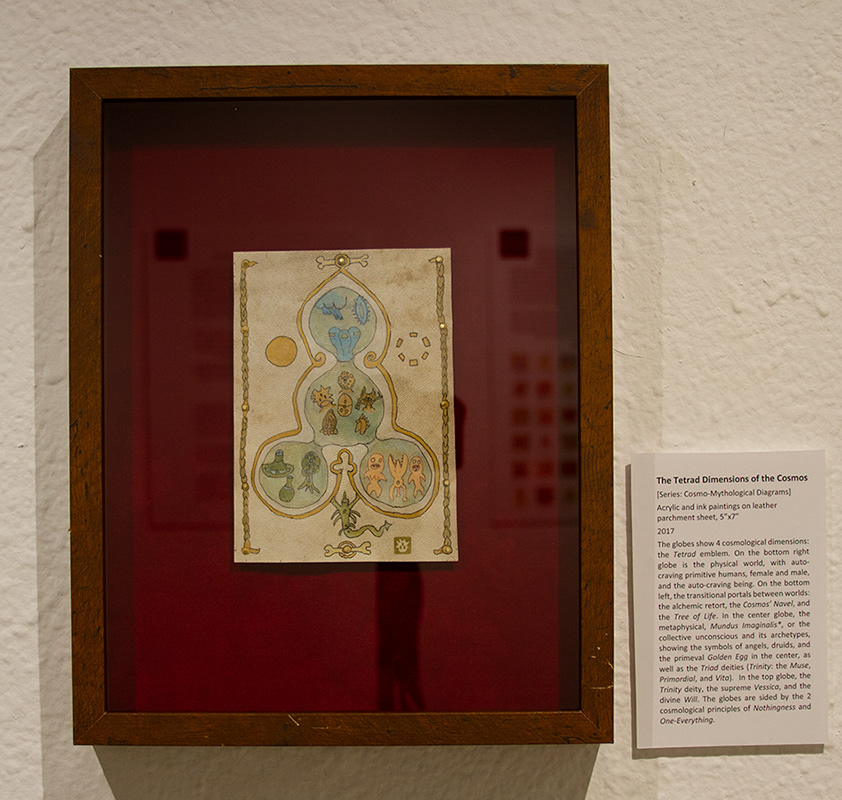 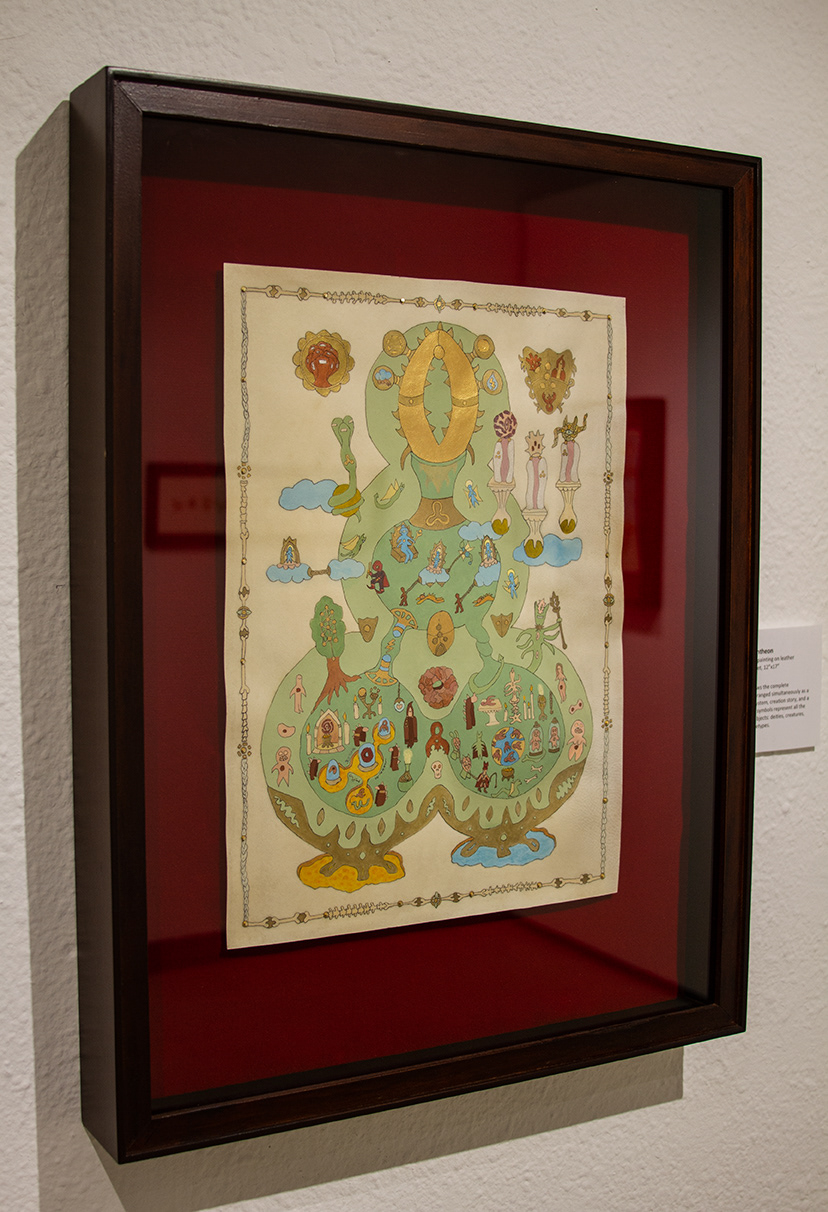 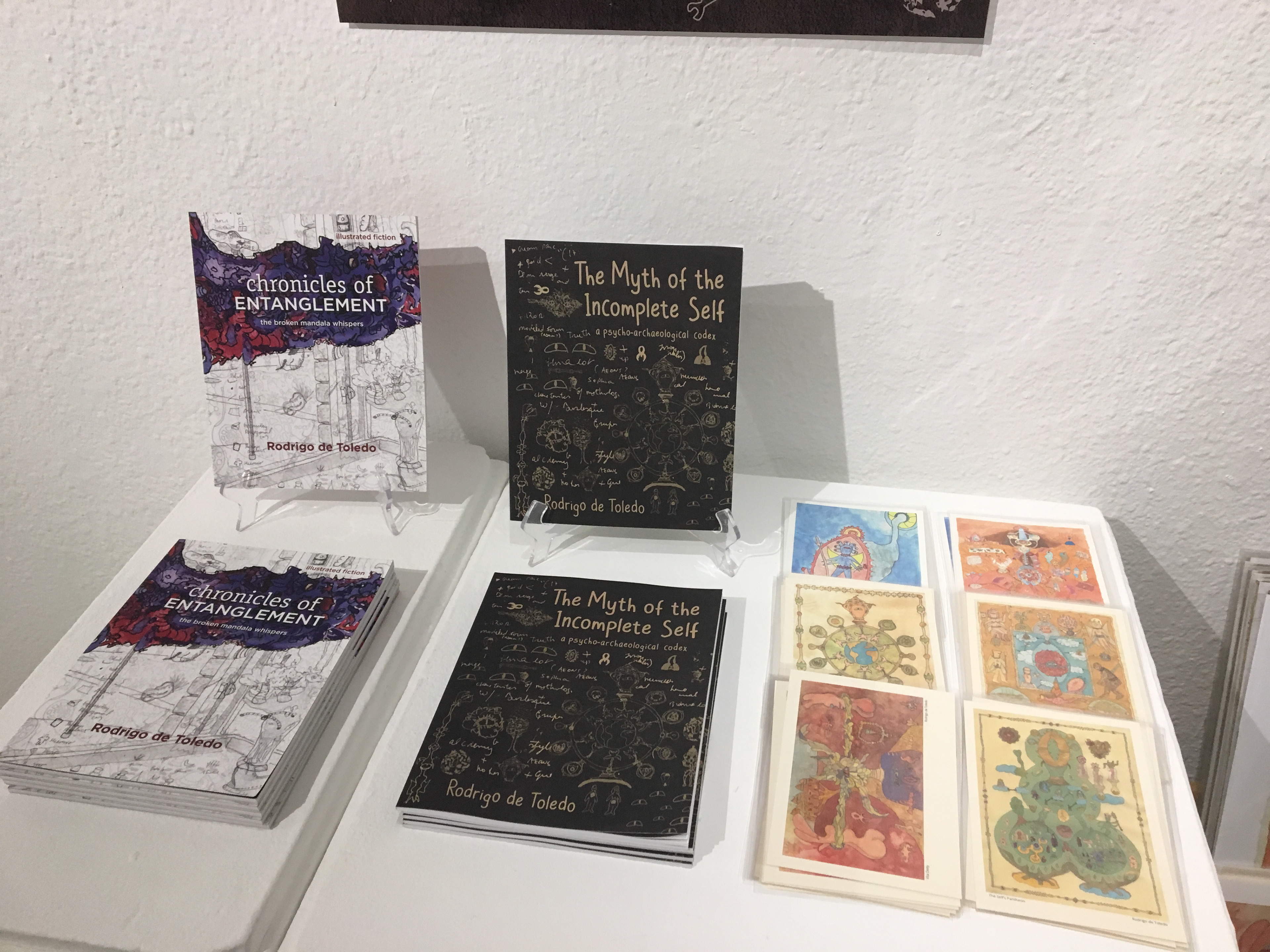 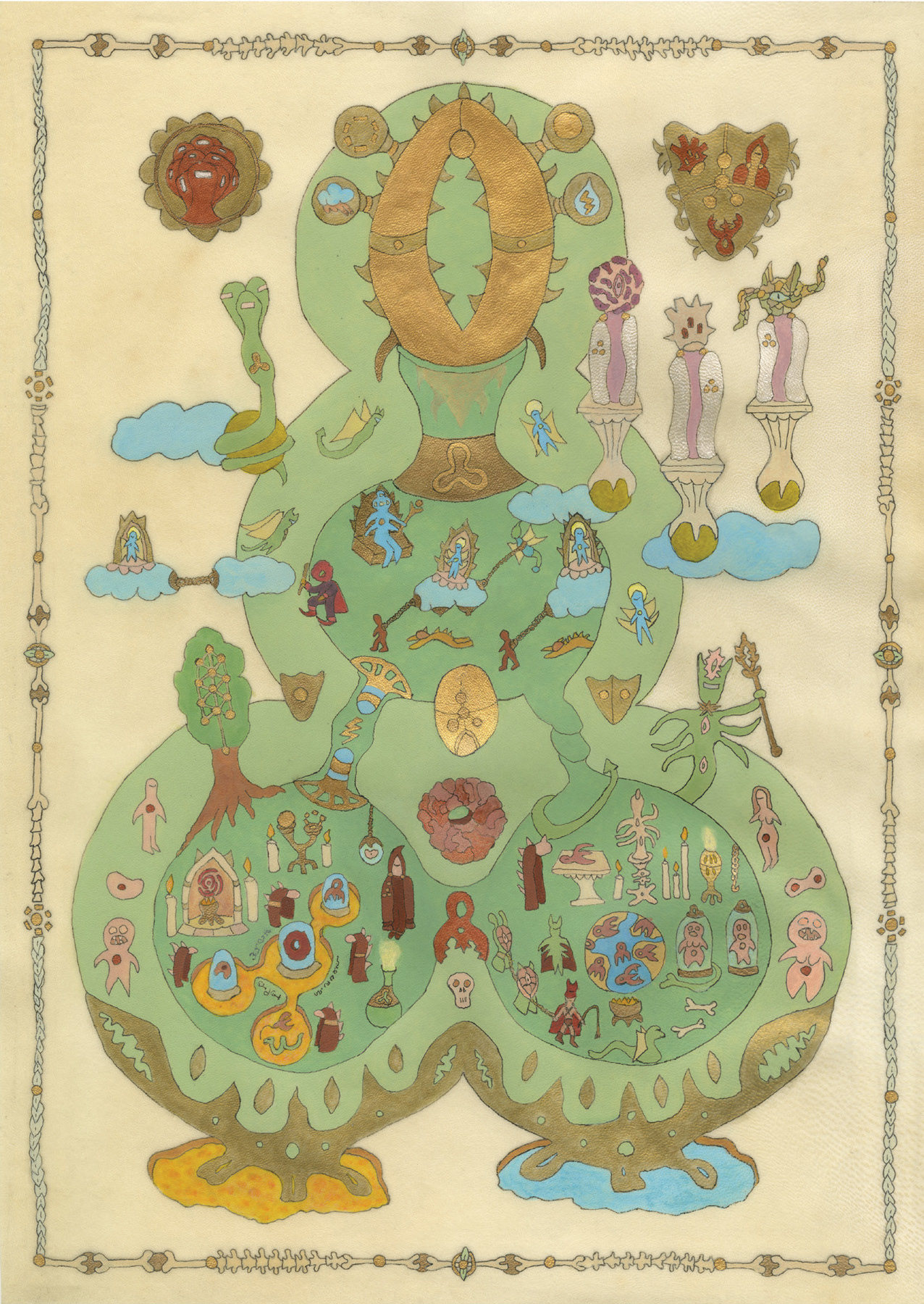 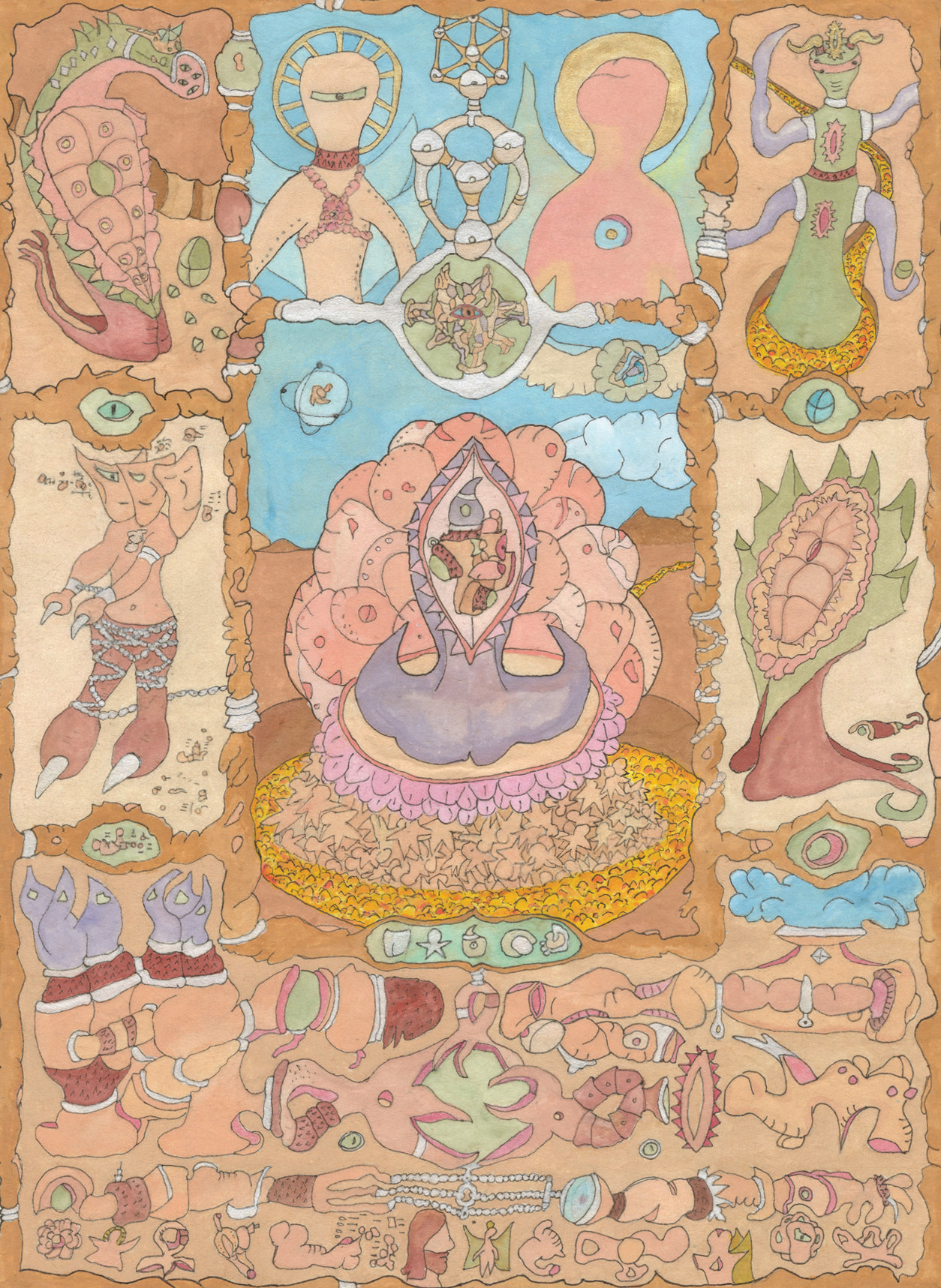 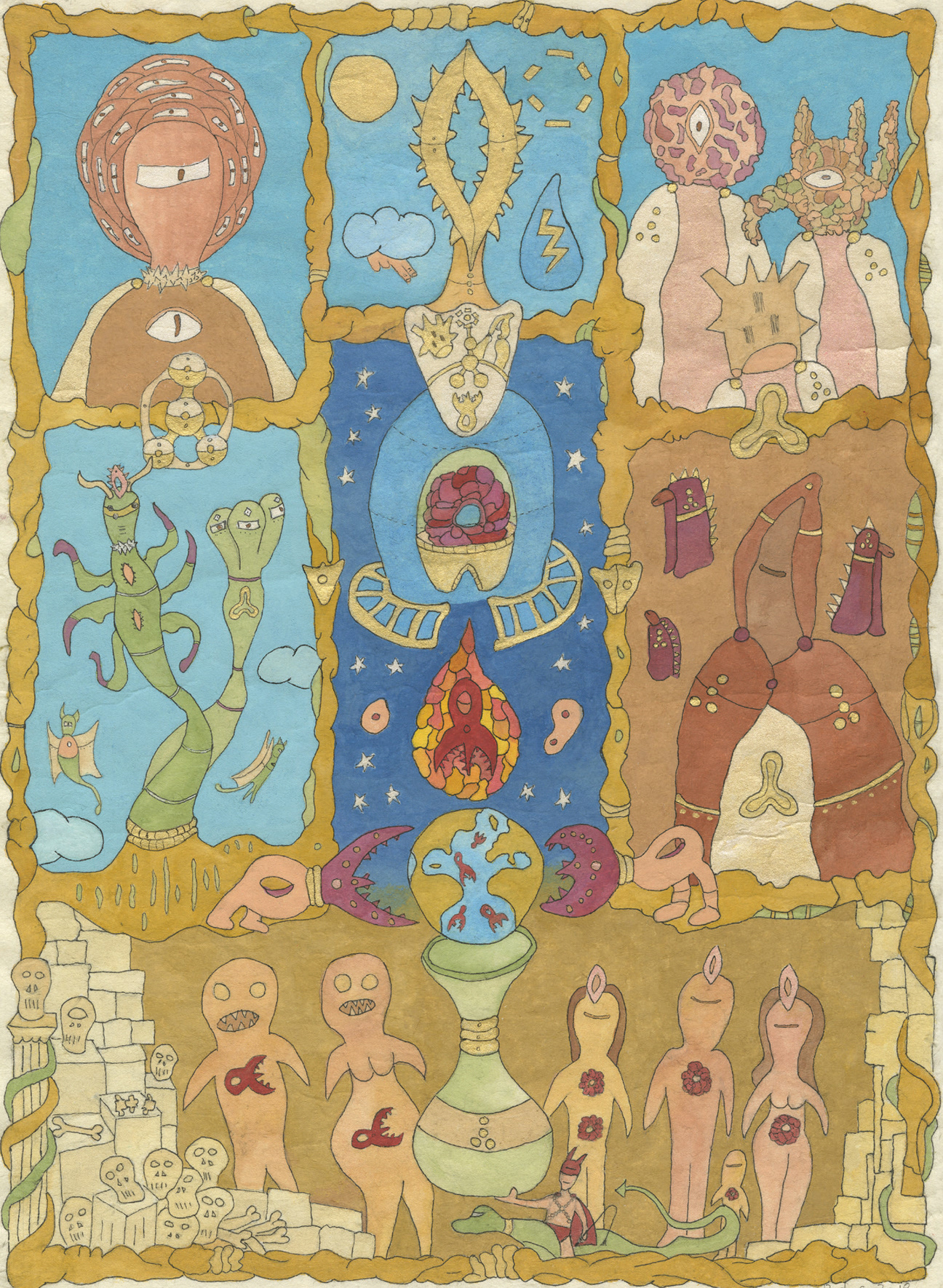 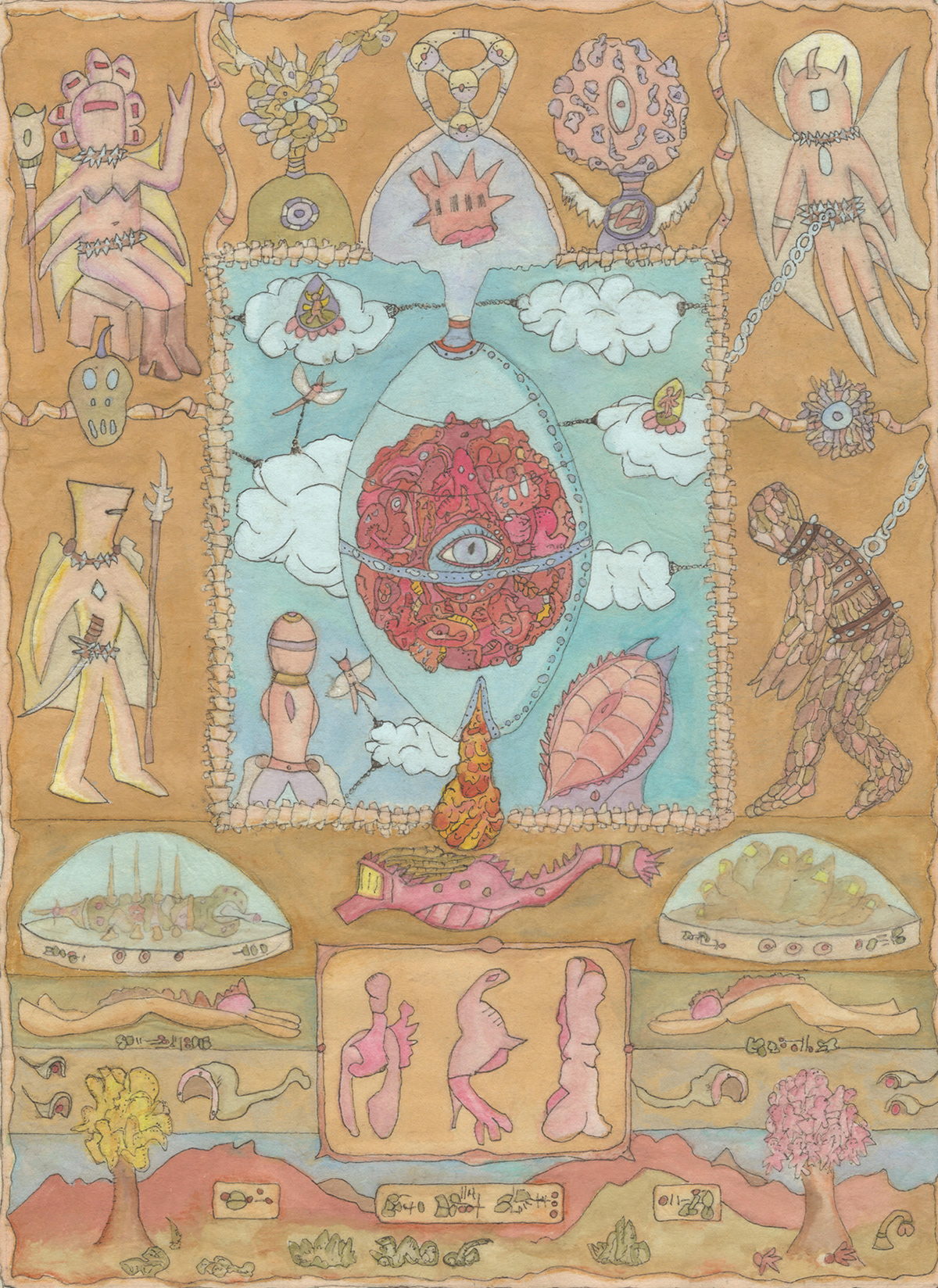 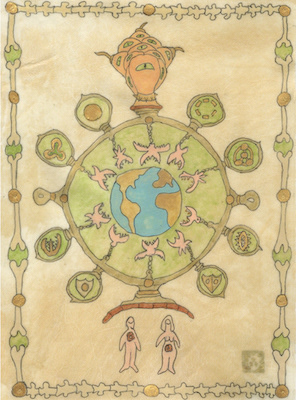 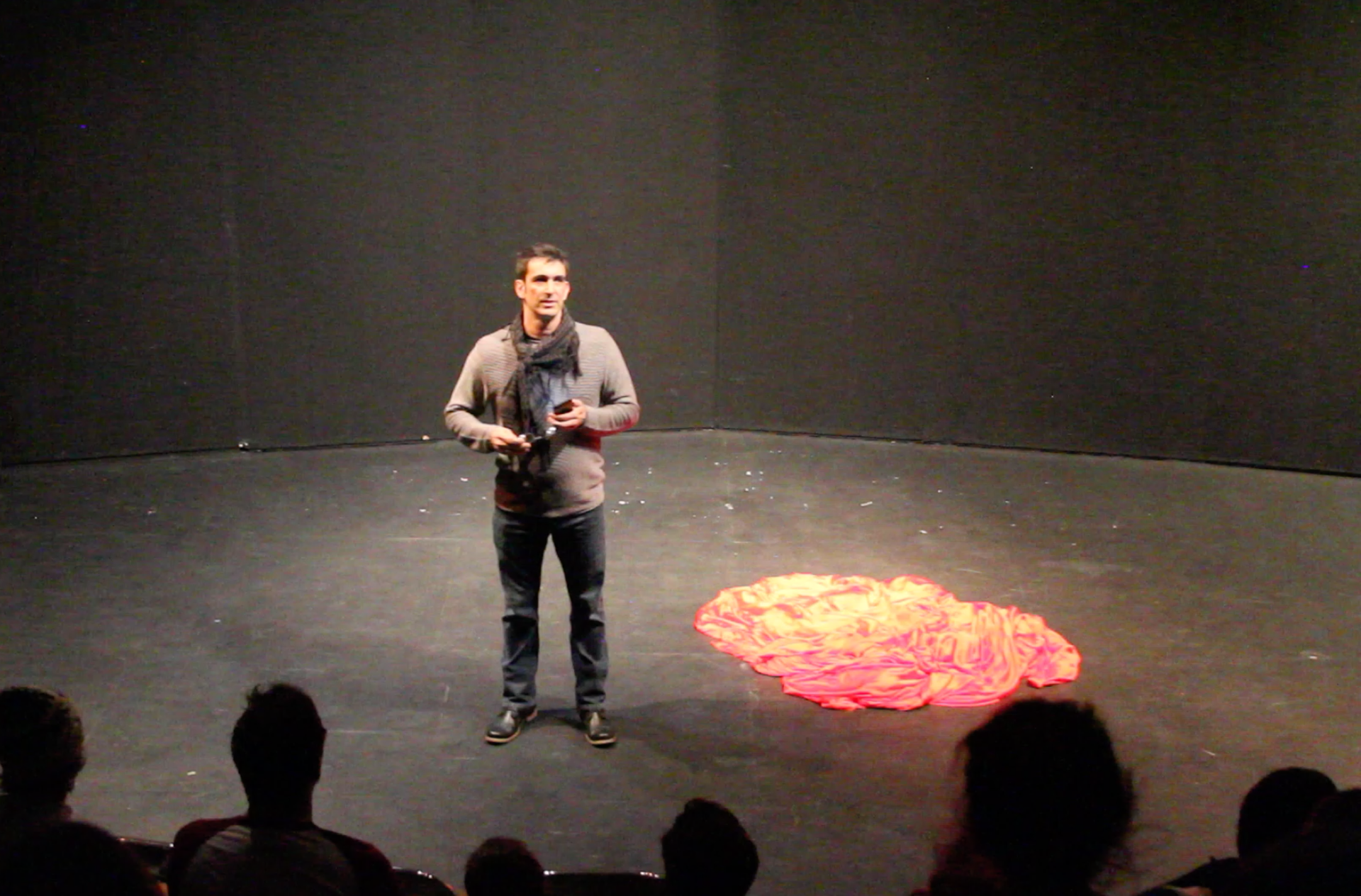 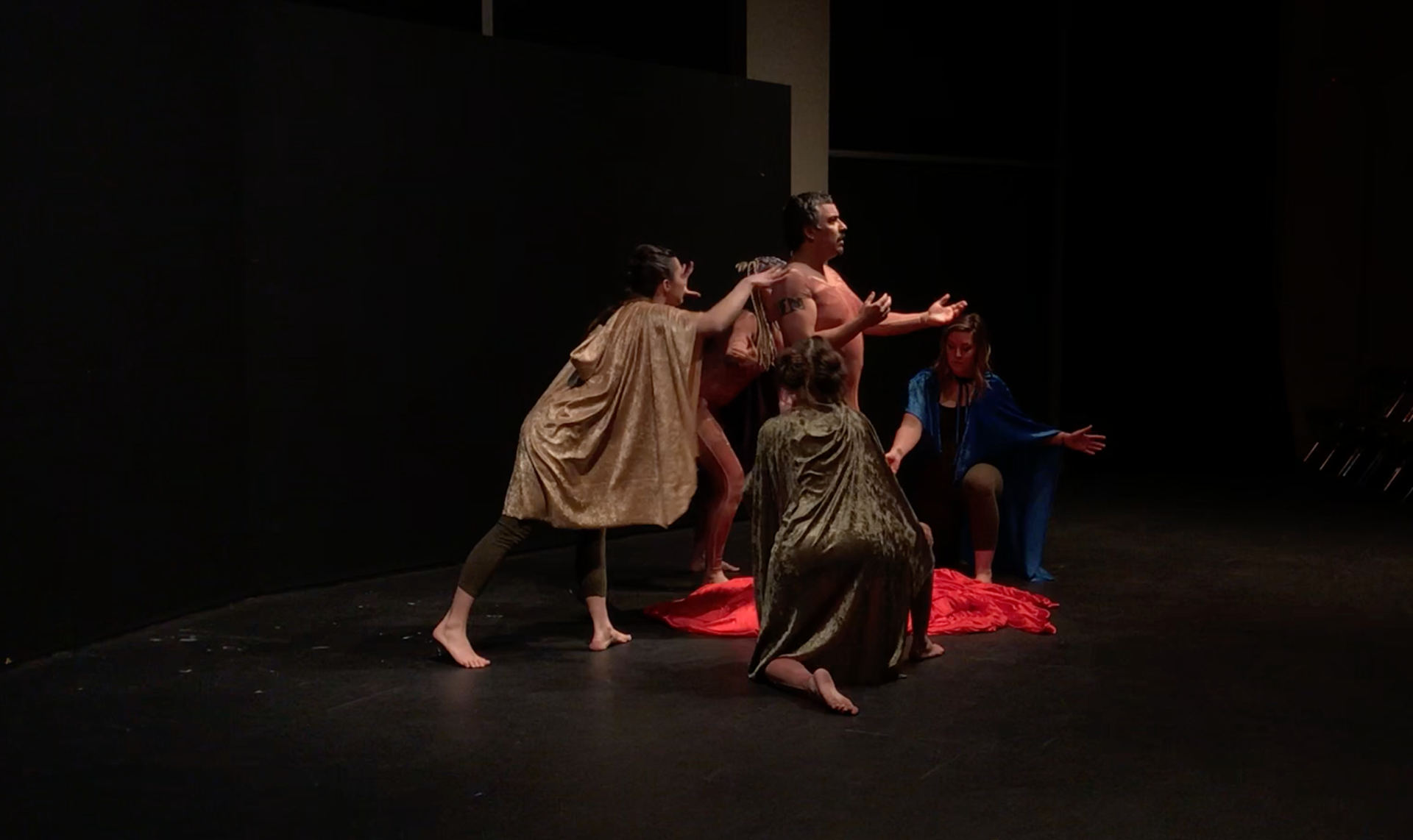 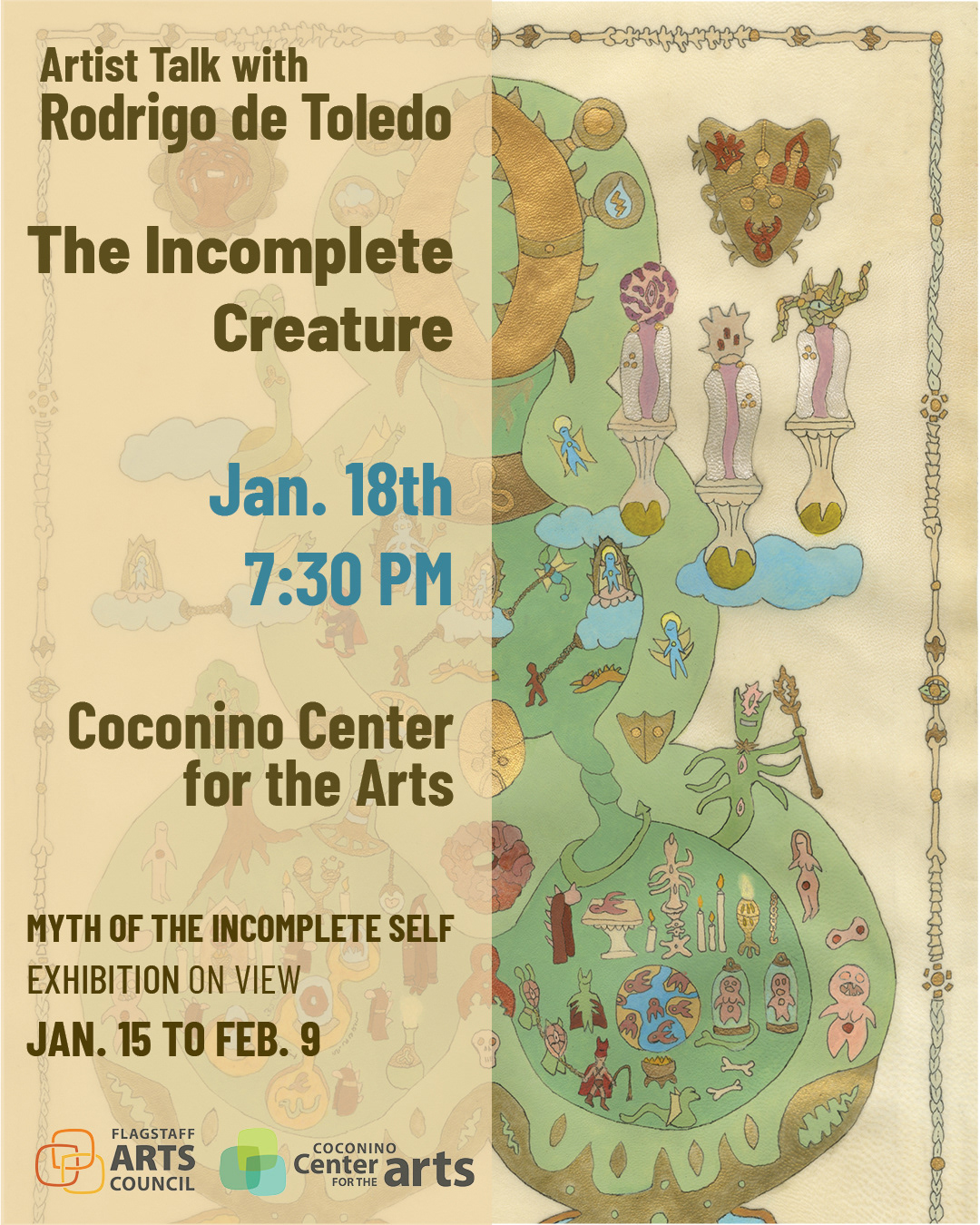 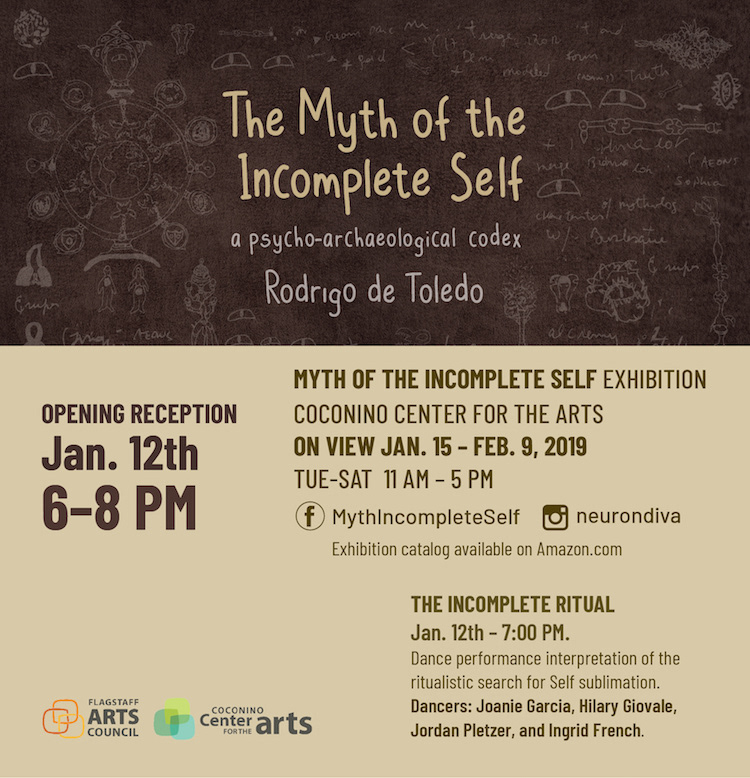 A new and unique organization of archetypes emerged from this project. The theme points to hermetic, ancient languages, and mystical treatises, as codices often do. The exhibition’s catalog explains the pantheon, the meaning of the symbols and their interconnection. The codex pages float over red-velvet background, framed in shadow boxes. The thirteen pages are divided into four sets: the Self’s Pantheon, the Cosmo-Mythological Diagrams, the three phases of the Self’s Sublimation journey, and the Archetypal Iconography Schemas.
Besides these sets, several other pieces that complement the mythology were produced between 2016 and 2018, on canvas and watercolor paper, as seen in the exhibition’s catalog.
Facebook Exhibition Page

The Myth of the Incomplete Self Exhibition - by Rodrigo de Toledo. Jewell Gallery at the Coconino Center for the Arts - Flagstaff - January - February 2019.

The work in exhibition was partially produced during artist residency in Assisi and Tuscany, Italy.